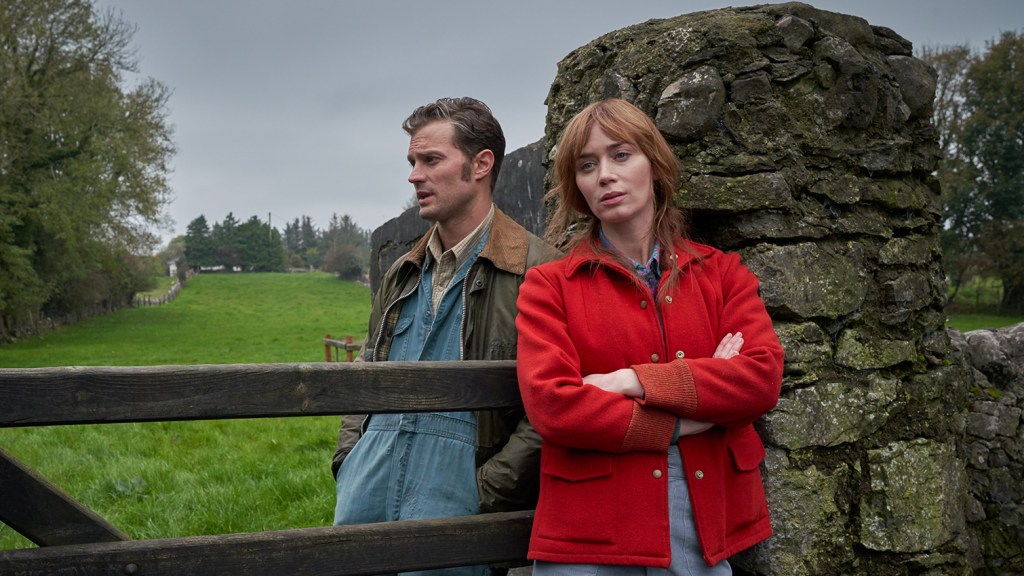 Bleecker Street’s Wild Mountain Thyme and RLJE Films’ Archenemy are the latest films to throw their hats into the specialty box office space. As we all know, for the past nine months, box office numbers have been stagnant to non-existent because of the pandemic. That said, it’s the same story for these two titles — but they get gold stars for braving the pandemic to make their theatrical debuts.

Written and directed by John Patrick Shanley and starring Emily Blunt and Jamie Dornan, the Ireland-set romance Wild Mountain Thyme opened in 450 theaters and earned an estimated $100,466 to bring its per-theater average of $223. Meanwhile, Adam Egypt Mortimer’s action thriller Archenemy starring Joe Manganiello debuted on 94 screens to gross an estimated $55,7000 for a per-screen average of $590. To further bolster its presence, Alamo Drafthouse, Legion M, SpectreVision and RLJE Films are teaming for a special virtual screening event of Archenemy with live cast and crew Q&A, followed by an innovative 8-bit interactive afterparty.

Now in its second week, Focus Features’ Half Brothers played in 1,386 theaters to gross an estimated $490K, bringing its domestic cume to $1.38M. This was enough to make it the No. 2 film of the weekend. Focus continues to keep their horses in the race with Come Play, which is now in 610 theaters in its seventh week out. The thriller earned an estimated $288K this weekend, placing it at No. 10 for the weekend. This brings its cume to $9.21M. In its fifth week out, Focus’ Let Him Go played in 765 theaters and added $120K to its box office till bringing its cume to $9,21M.

Other numbers posted in the specialty box office space include the Jackie Chan action pic Vanguard at Gravitas Ventures banked an estimated $12K this weekend in 200 theaters. Its cume to date is $793,525.